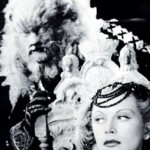 The elections that have just happened in France were in all newspaper across the world because the ruling party (the socialist) has lost and the extreme right one (the front national) has tremendously grown although not really winning. And of course, everyone comments on the victory of the right wing against the left wing, and on the defeat of the left wing against the right wing. Politics are governed by cycles, like economy or civilization. And people comment and need to find reasons and predicts future outcomes… but people forget!

They forget that they made the same mistakes, took the same decisions, because they were impatient, because they are not taking the hard path to question the politics, to make them accountable to their promises. They listen to the media who happens to be as shortsighted as voters and to forget. Because media’s power is to tell stories, incredible stories, scary stories, emotional stories. There is beauty in the victory and a beast in the opponent!

The Beast for both wings was Marine Le Pen and the Front National. They won 62 seats out of 3,802… 1.63%, although they got 22.23% of total votes. As a reminder, in 1986, while another socialist was leading the country, François Mitterrand, the Front National got 35 MPs out of 577… just above 6%. But people forget and when they are recalled history, they shrug their shoulders and tell you this was different back then. The Beauty for the right wing is to have now 66 « départements », winning 25 (totaling 65%). In 1988, under the presidency of François Mitterrand, the right wings had 68 « départements » (totaling 72%, because of a total back then of 95).

If politicians were elected on the results they achieved, very few would be elected! If politicians were elected on their proven competencies, very few would be elected! There will always be beauties and beasts in politics. What voters should do is pay a visit to their candidates, ask questions, seek answers, cast their votes, hold their champions accountable and keep moving. Never ever forget and be brave!