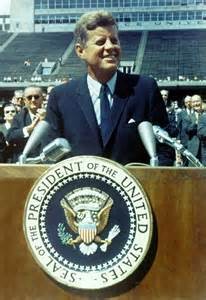 As we were closing the first quarter of the calendar year 2015 yesterday, a colleague of mine came up with the fact that selling is not always easy, but we need to give our best to close deals. This made me think of the speech that JFK gave when he announced that the USA has engaged into going to the moon, and doing « these things not because they are easy but because they are hard ». Anybody can do easy things, a few can do hard things. Are you willing to go one step further or settle when things get tough?

Success is not about doing things because they’re easy, but because they’re hard. If you’re not doing hard things, things that challenge you, things that make you uncomfortable, things that force you to face your fears and win over them, then you are not pushing hard enough. Don’t get mad against others because they succeed more or faster, learn from them, look for what makes their success and work hard to enjoy the same success. Enough complaining and whining, act and win!