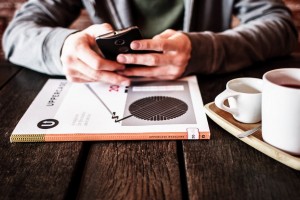 Day 608. There are thousands of articles on the web and dozens of books on time management that all emphasize why multitasking is not as efficient as planning, serializing tasks and focusing. Easier said than done in an era of constant distraction and attention deficit disorder. Actually, as much as I like focus and concentration, it happens that I multitask, particularly when a task, like a download, does not require my attention. However, as soon as a task requires your attention, you need to give it 100% of your attention. Not less! We could argue over and over the benefits and the downsides of multitasking, here are 8 reasons I found useful to not multitask when tempted:

If you apply monotasking to 80% of your days, your productivity and satisfaction will increase at least two-fold! It can even go to three times higher. I’ve seen many instances during which I could do in one day (one normal day, not overworking) what I thought would take three days. Do you know what can derail a good planning? Human interaction. You can never spend too much time with people, but as any other tasks, set expectations, define outcome and be 100% there.

Make it a habit to monotask, to dedicate time and energy to get better day in day out. You’ll discover by doing this you’ll get more free time you would have never expected. Above all, have fun!