The title of this post is the one of an article found on the World Economic Forum web site. Everybody wants to be wealthy, it’s all a matter of the size of the wealth. Another article on the same web site, written by the Executive Director of Oxfam, goes into some additional details. The video below, embedded in both articles, illustrates the basic idea of the gaps that exist between the richest and the poorest.

Even though the poorest are less and less, which is a good thing, because it brings more stability and health for everybody, the richest people get richer. You can see this in the below chart showing the share of global wealth in the last 6 years. 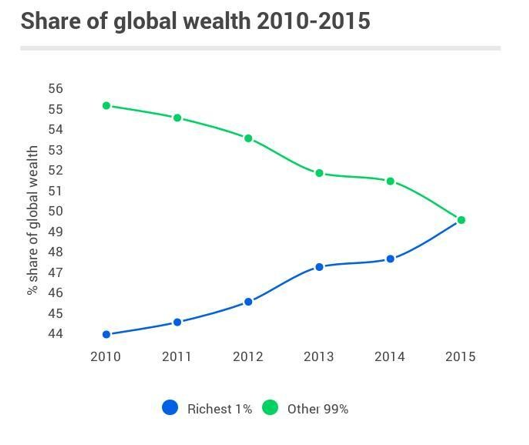 A lot of food for thoughts, that need to drive the governments across the planet to change the way they tackle this share of wealth, and how to continue creating a more human economy. 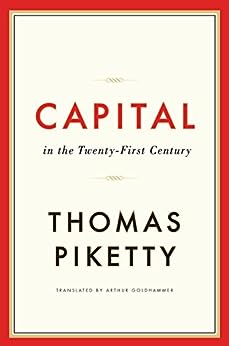 Although I do not see the creation of a basic income for everybody as the solution to this reduction, I’m not an economist and I do not have the knowledge to make a decision, but at least to have an opinion. When you cross this with the reading of the Capital in the 21st Century, by Thomas Piketty, it makes you think that our current economic model is doomed.

So what is the solution? Well, read Piketty, makes yourself your own opinion and start something, even small. I think we have all the tools to change the world dramatically. As Ghandi said: « You must be the change you want to see in the world », so what change do you want to be?

Not only those two articles are interesting, the video that you will find at the end of the first is really insightful. I look forward to your comments.