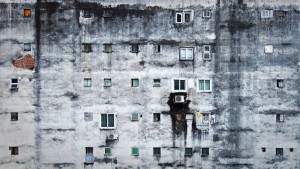 Now, bumped into this on the web and it made me laugh out loud: Then/Now.

The three only sure things are death, tax and change. This is about change. What was true yesterday may be wrong today and ignored tomorrow. Pace of change has accelerated. Flexibility is required. Adaptation is required. Useless to moan. Adapt! And this ties to the debates these days in France about the changes that the government wants to drive in job laws, with the « infamous » Loi El Khomri that drove people of all ages demonstrating across France, forcing the government to rewrite it.

This law is probably far from being perfect almost like any other laws. However, it shows how much people fear change. The world has dramatically changed over the last years and the pace of change is accelerating. Even climate is changing! However, change is inevitable and instead of trying to stop it, embrace it, love it, make it yours. Don’t fight it!

Of course because there are so many changes happening at the same time at an unprecedented and overwhelming pace, most people tend to try to block change. But change will happen, inevitably. You can mourn on the past and fear the future, but you cannot freeze the present. Being alive is being in motion, changing, growing, failing, falling, getting back and moving forward. The world is at its best with the elements it has. Once you’ve embraced this simple statement and fact, you can act first on yourself then on others and the world.

We can blame finance, the stock exchange, ISIS or Richard Nixon for all the problems the world is facing. Or we can be happy that we are living in a world that is better that the world of our parents and grandparents. I know many people think the good ol’ times were much better. But factually they were worse for a vast majority of people, this has been demonstrated factually. However, people forget and embellish the past. Now is better than Then. And we act Today to make Tomorrow better, not to make Today like an imaginary Yesterday.

You can’t choose the Now you want to live in, but you can decide how you live it. It’s your decision and not anybody else’s decision. It may not be an easy one, but there’s only one Now and there are multiple ways to live it. However, the only right way, IMHO, is to enjoy it fully as much as we can even if the Now is dire.