Four days ago, I was writing about who I am. Of course if you’ve found my blog, found it interesting, came back and, even follow it, then I tend to think we are digital friends and we may be friends in the physical world (actually, I know some of my physical friends are there sometimes, and I like that). Based on a couple of comments over the last days, allow me to explain the title and the URL of this blog. A picture is worth a thousand word they say: 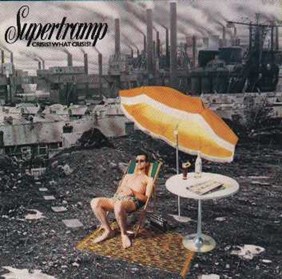 There are a couple of things to this picture. For those of you who were not born in 1975, it’s the fourth album of Supertramp, one of the iconic rock band of the seventies and early eighties that released hits like Dreamer, Breakfast in America, and It’s Raining Again. Think that in 1975, the year of the release of this album, the world was in the middle of the « oil crisis » with oil prices going to the roof and recession all over the place (sounds a bell no?), and just one year after resignation of president Nixon following the Watergate scandal.

Now in the middle of these crisis, of the increasing industrial footprint (40 years before the COP 21), sits this guy, relaxing on his lounge chair, getting tanned. Some can see a selfish dude not caring about what’s happening around him, I see hope. And this is the meaning of the title of the album, Crisis? What Crisis? that I chose for this blog (I chose it before realizing it was the title of the Supertramp album, read it here). To me this means that yes, there’s a crisis outside, there are many crisis actually, financial, moral, etc. But since the beginning of mankind, crisis have been ongoing. In other words, there’s always a crisis somewhere. However, we all have the power to act positively against those crisis, to switch off the TV to avoid being bombarded by desperation, and to get happy with the little things in life.

Finally, in this album you’ll find what I consider not only the best song of Supertramp but one of the best songs of all. A video if worth ten thousand words.

I had the chance last summer to see Roger Hodgson live in Carcassonne, Fool’s Overture (See the correction footnote below) live was the best moment of the show. 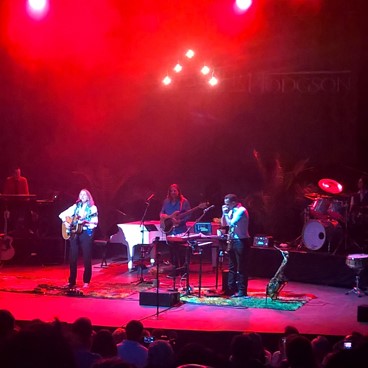 Supertramp may not be your kind of music and I understand this, I can say I love almost all kind of music because I believe in diversity and because music speaks to the soul. But beyond Supertramp, I truly believe in three things:

Dear friend, if like me you want to look at the positive side of things and are constantly looking for ways to enhance your days, then I hope you’ll find ideas and posts that will make your day and contribute to your happiness.

Correction… I f***d up my mind… A Soapbox Opera is great but I mixed it up with Fool’s Overture, from the album Even in the quietest moments… And by checking my phone, I just realized that I videoed it during the concert in Carcassonne but ran short of memory on my phone. damn it! Anyway, here’s a wonderful version:

For those who have been knowing me for a while, this was one of the pieces I was playing on my piano (when I played, a long, long time ago). and this is the one I put against Bohemian Rhapsody, not A Soapbox Opera… And this gives me an idea of writing about those two symphonic pieces of rock in a future post.