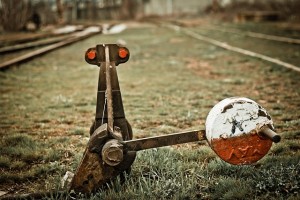 Day 542. Doing the same thing and expecting a different outcome is the definition of insanity. I am paraphrasing the great Albert Einstein, but this is so true. In a fast changing world, we have no other choices but to embrace change. Trying to resist it is like staying aboard a sinking ship hoping it will stay afloat in the end. Of course change is hard. Change requires we drop activities, behaviors, ideas to start new ones. Change requires we wipe out the status quo.

In the crisis opposing the taxis to Uber in France and in many other places on the planet, we have two systems that collide. It should be a great occasion to rethink the models, to shake old fashioned way to do stuffs, but instead it becomes confrontational, taxis trying to preserve the status quo and their privileges, if any. Competition has always been a driving force to reduce pricing while increasing quality. In France, our paranoid government wants to forbid SFR to purchase Bouygues Telecom to save competition that they recognized behind healthy and a contributing factor for better pricing and quality, while at the same time wants to kill competition in the transportation area by forbidding Uber to operate. Try to understand the logic of those guys stuck in a 19th century mentality.

Taxis have no choices than to slowly disappear if they do not reinvent themselves. I confess I have not taken a taxi in France for years for two reasons: they are awfully expensive (an airport-downtown trip will cost up to three times in Paris what it costs in the US or Dubai for instance), and most of the time the driver is unpleasant. With what happens, I will not be inclined to take a taxi soon.

Of course change is hard, but it is necessary. It’s only by embracing change that we find peace of mind and can smile at what the universe throws at us. As Robin Sharma says: Change is hard at the beginning, messy in the middle and gorgeous in the end. Are you ready?