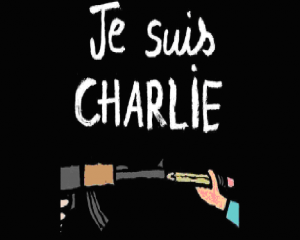 I generally do not comment news, as it’s not the purpose of this blog and I believe news is news and should not influence our personal actions beyond what we can influence to alleviate pain of suffering people or to make a positive contribution to the world that surrounds us. However, this article on Paul Jorion’s blog caught my attention. Although it’s in French, you can use Microsoft or Google Translator to get the text in English (I could not make the direct link to work… weird, since it’s a WordPress blog).

However, the article caught my attention because it talks about marketing and planning. Not from a nice organization of course, but because this nasty and dangerous organization use good marketing and leverage sound leadership, they’re having the results they expect, and this is what should scare us on one side and that should make us good on the other side because we can fight marketing with marketing to get positive results that undermine their results.

So the questions that need to be answered (and are in the article) are the following:

By targeting Charlie Hebdo, they were not killing anti-Muslim people, no, they were targeting the French society in its entirety, to create hostility against the Jihad and overall against Muslims. Therefore, they wanted to create a sentiment of likability with those who are rejected by society and who could see a way to become somebody in the new world that jihadists are building.

By building walls and accepting their rules of the game, we are reinforcing them. What needs to be done (easier said than done, but everybody can start at their own pace) is to understand our neighbors and built a society that accept differences, or actually a society that builds on differences, to create a unique melting pot. Many people (Muslims or not) push for a reform of Islam, and I really think all politicians across the globe should listen and take action. The battle is not over yet, but if we do not change the rules of it, it will be a lost occasion to accelerate a much needed change of era for peace and good.